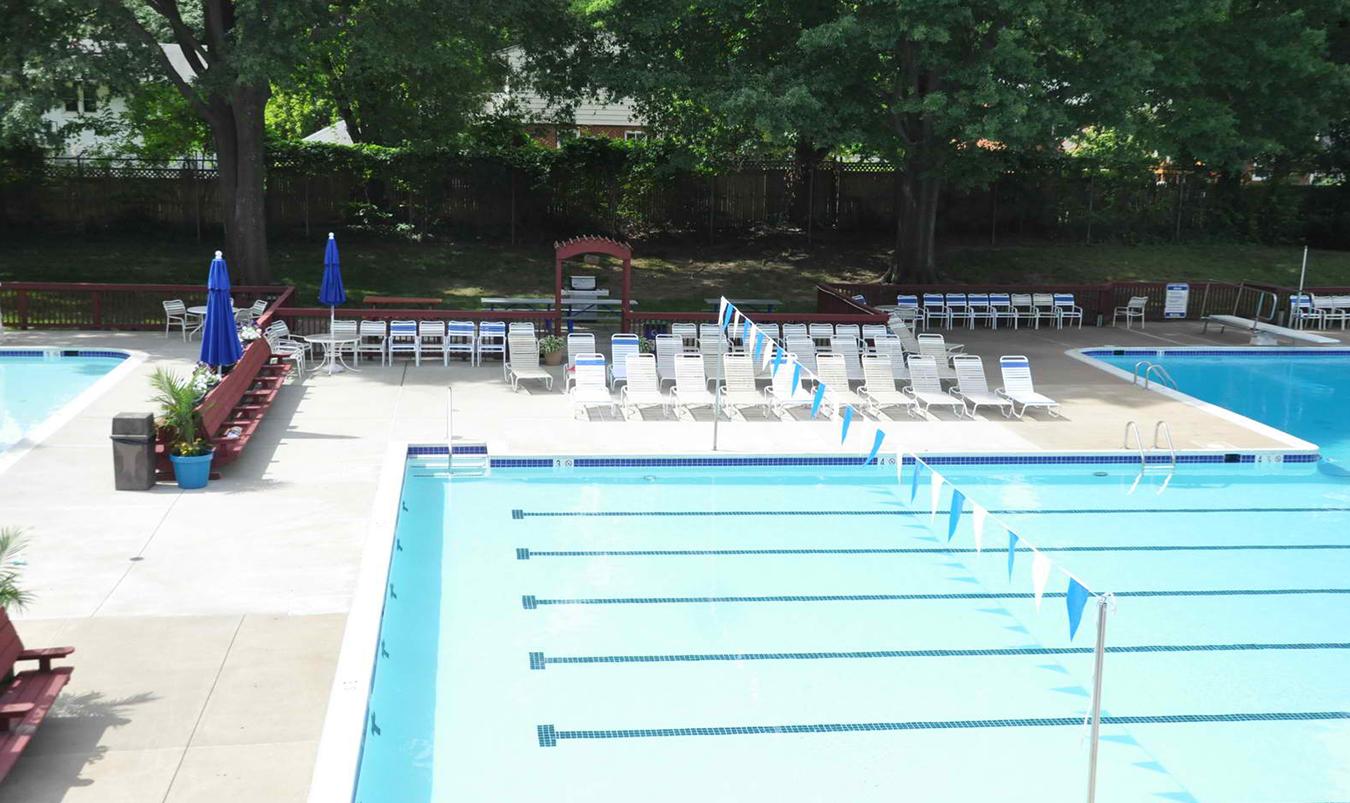 NOTE: If you would like your swimmer to have private lessons, please reach out to one of the coaches listed below. Thank You.

This summer will be Riley’s 6th as Head Coach of the Marlins. A lifelong Marlin, Riley grew up in McLean, swimming for York Swim Club and Langley High School before attending the College of William and Mary. After graduating from William and Mary in 2020 with a degree in government, Riley accepted a full-time coaching position with 757Swim where he primarily worked with age group and developmental swimmers. Riley helped coach athletes to nine team records, as well as numerous state qualifying times. In 2021, Riley began coaching with York Swim Club while attending grad school at American University where he is pursuing his Masters in Education. When he is not coaching, Riley is probably playing Catan or working his way through a crossword puzzle. Riley is excited to lead the Marlins and create an unforgettable summer filled with fun, friendship, popsicles, pancakes, pep rallies, and a little swimming too. #FEAST 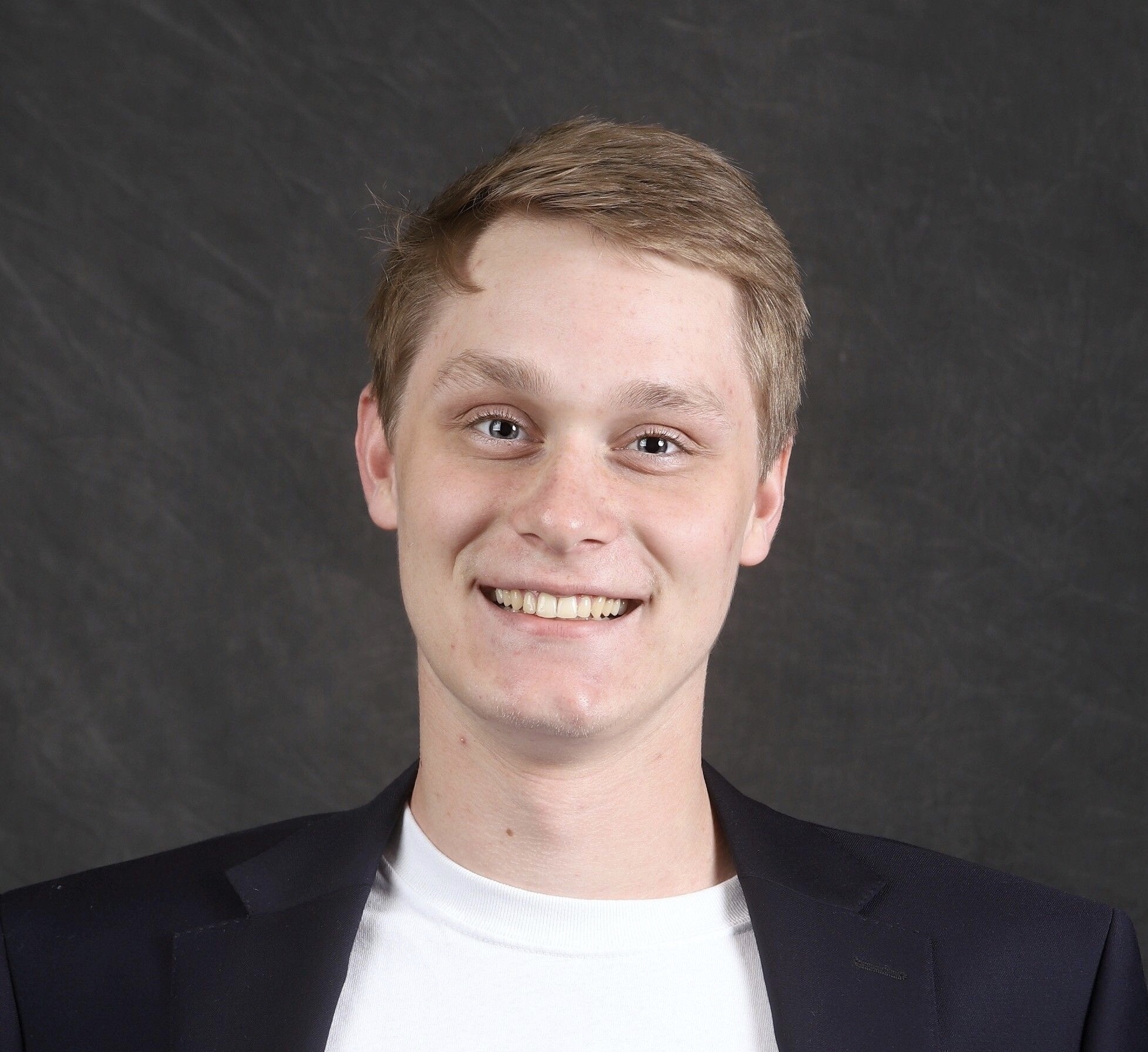 CO-HEAD COACH BRENNA BROADUS
brenna.broadus@gmail.com
Brenna was born and raised in Charlottesville, VA where she began swimming for a local summer league team at age four. She swam year-round for the Piedmont Family YMCA (CYAC) from ages 7-18. She attended Denison University where she specialized in the butterfly, breastroke, IM, and sprint freestyles. She was a 12x NCAA All-American, a 2x NCAA Academic All-American and a 4x Individual NCAC Conference Champion. The Denison women's team placed both second and third in team finishes at NCAA's during her tenure. She was voted team captain her senior year and graduated from Dension University in 2012 with a B.S. in Psychology and Biology.

During the summer break from Denison, she was both a Head and Assistant Coach for her summer league team as part of the Jefferson Swim League (JSL) in Charlottesville. She was hired with Machine in the fall of 2015 and spent two years as an assistant coach to the National group, as well as coaching age groupers. She took over as the Head Site Coach at Tuckahoe in the Fall of 2017. She was previously the Heat Associate Coach at Overlee from 2016-2020 and is beyond excited to be a member of the staff, team and community at MSTA! #FEAST

FUTURE MARLINS & GROUP LESSONS HEAD COACH / MARLINS ASSISTANT COACH
OLIVIA GORE
ojg4143@gmail.com
Hi Marlin Families! My name is Olivia Gore and I am so excited to Coach Future Marlins and Group lessons this summer! I have been on the Marlins since I was seven and have been an assistant coach for four summers. I graduated from McLean High school in 2019, where I was a member of the Swim and Dive team. I also swam for York Swim Club for many winters starting in elementary school. Currently, I am a junior studying Elementary Education at James Madison University, where I also play club water polo. Marlins is a huge part of my summer and I have so many fond memories, and I hope to make some new ones! I am looking forward to a great season with your children this summer! 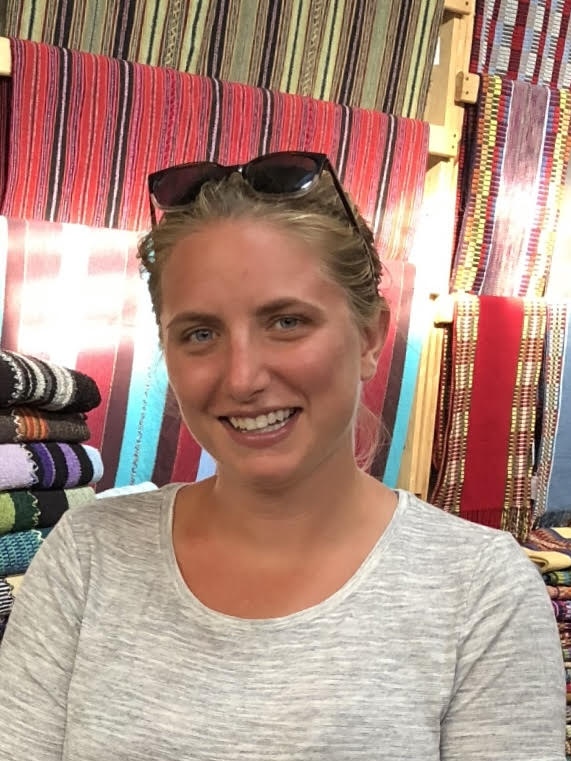 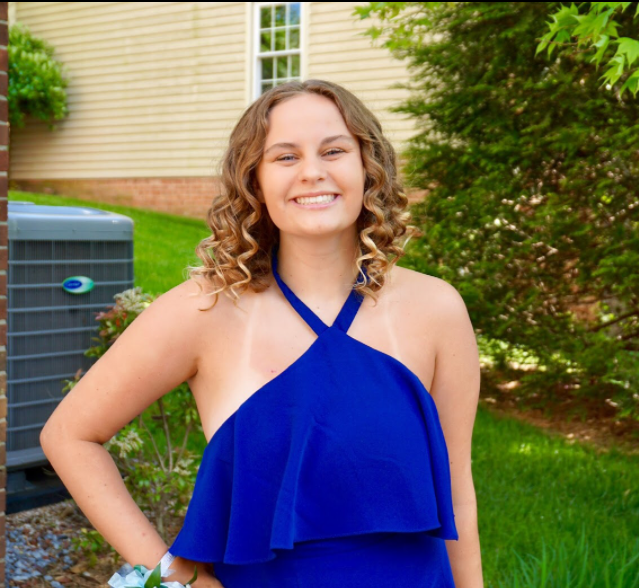 ASSISTANT COACH ELLISON SOOBERT
esoobert@gmail.com
Ellison Soobert is coming up on his 14th season with the McLean Marlins. Since he was a wee lad, his summers have entirely been focused on the team and NVSL. He was a lane leader two of the three years that he coached the Future Marlins. Ellison was a Team Captain of the Langley Swim & Dive team that went undefeated and won Districts and Regionals in the 2020-2021 school year.  When Ellison is not bringing energy and hype to the Marlins, he is pursuing an engineering degree at the University of Michigan. Ellison also plays an integral role in managing the Marlins social media outlets, website, and creating each end of season slideshow. We are truly lucky to have all his energy and institutional know-how on deck and thankful to have him back for his second year as an Assistant Coach.


ASSISTANT COACH MICHAEL LUEBKE
michaeluebke01@gmail.com
Michael Luebke has been a Marlin since he was 10 years old. He loves the sense of spirit, pride, and family that comes with being a Marlin, and is excited to impart these important traits to the younger swimmers and new members of the team. He was a Future Marlins Coach for 4 Years, and a Lane Leader for 2 of those years. Michael is a 2021 graduate of Langley High School where he played lacrosse and was involved in the mentor/mentee program.  When Michael isn’t bringing the fun and coaching the Marlins he is studying Finance while attending the University of Mississippi. Hotty Toddy! Let’s give it up for Michael Luebke and welcome him back to the Marlins as an Assistant Coach!

ASSISTANT COACH RYAN CAMPBELL
rclion23@gmail.com
Ryan Campbell has been a Marlin since he was 6 years old. He knows anything there is to know about being a Marlin and F-E-A-S-T exhibited by earning Most Spirited, Most Dedicated, and the Coaches Choice Award. He is also a 5 time NVSL All-Star competitor. In addition to swimming for the Marlins, during the winters he swims with Machine Aquatics and is a Captain of McLean High School’s varsity swim team. Clearly this guy prefers water over land! He has been coaching Future Marlins and Group Lessons since he was 13 years old. He has also has coached at Norman Swimming since 2018. Ryan loves the Marlins spirit shown during pep rallies, team cheers, and the Lane 7 Pep Squad. Ryan will be attending Virginia Tech in the fall and will be majoring in Biological Sciences! We are excited to have Ryan back with the Marlins for his second year as an Assistant Coach!

ASSISTANT COACH ATTICUS GORE
atticusgorie@gmail.com
Atticus Gore is so excited to join the coaching staff for their 14th season on the McLean Marlins! Atticus loves the inclusive environment and positive role models the Marlins have introduced into their life, and is ecstatic to have some fast swims, good laughs, and a whole lotta’ fun with the whole Marlins family! In the less eventful 10 months of the year, you can find Atticus coaching for Norman Swim and York Swim club along with being a captain of the McLean High School swim and cheer teams! Atticus will be attending the College of William and Mary in the fall and plans to pursue a degree in Public Policy! 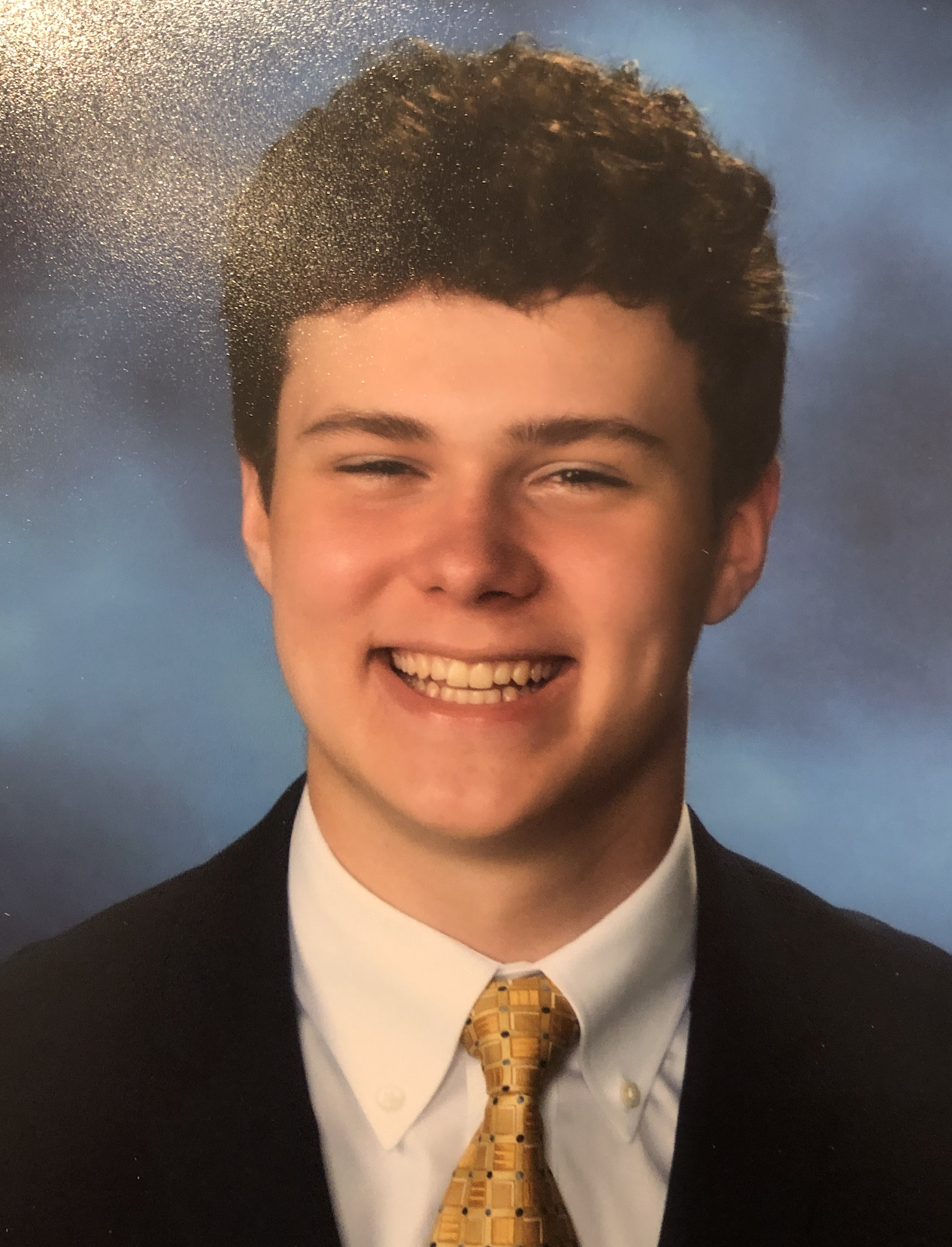 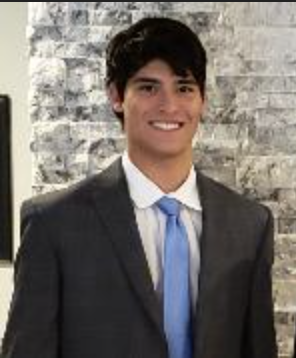 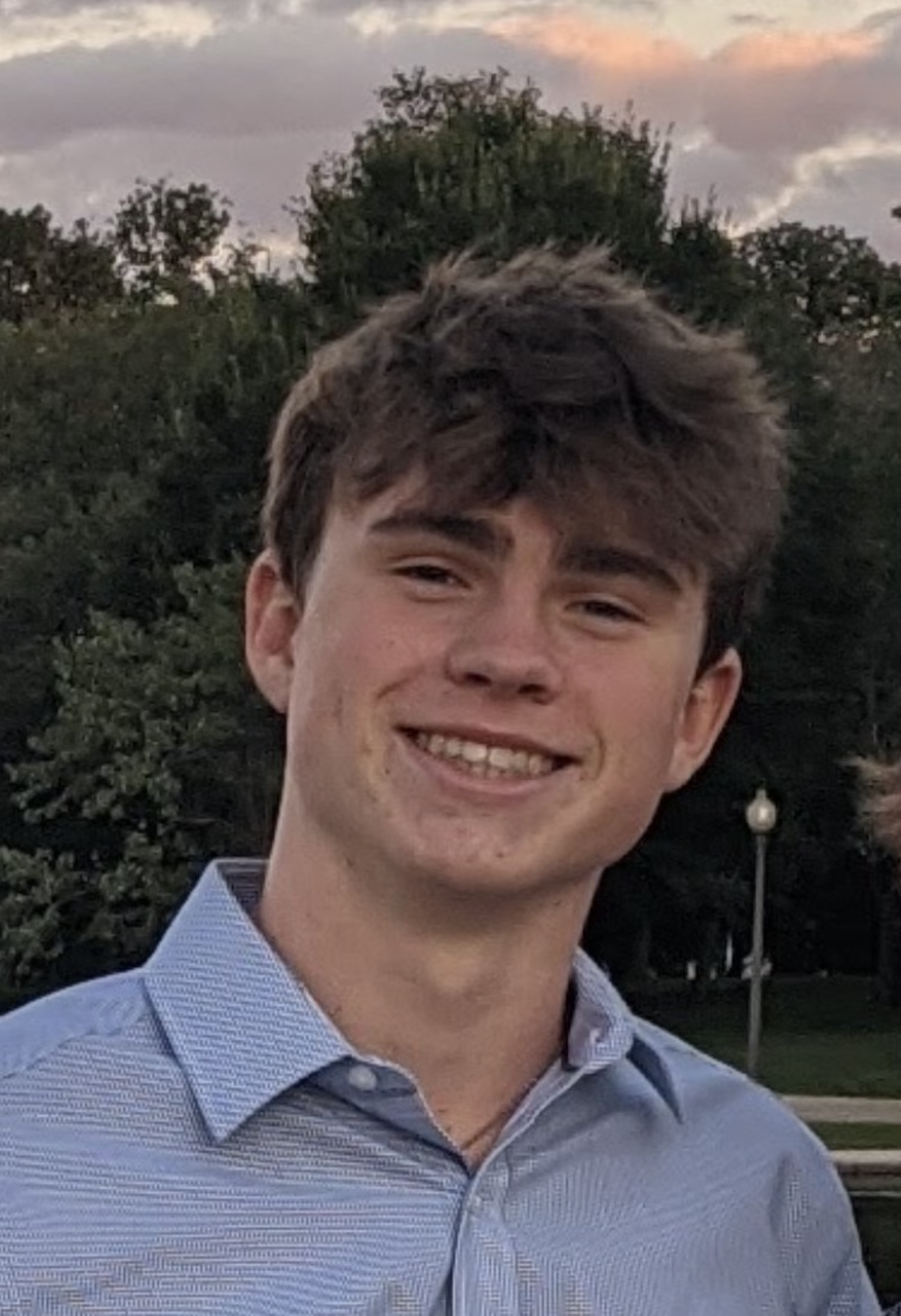 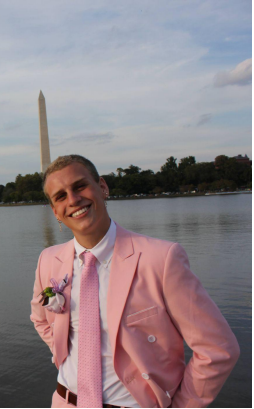